Thank you for your interest in this trip. If you want to revisit this page, use the QR-code shown or use the following link: https://en.itravel.lu/select/6640-exciting-tanzania At the Sanctuary Ngorongoro Crater Camp, all your wishes will come true. Enjoy breathtaking views. 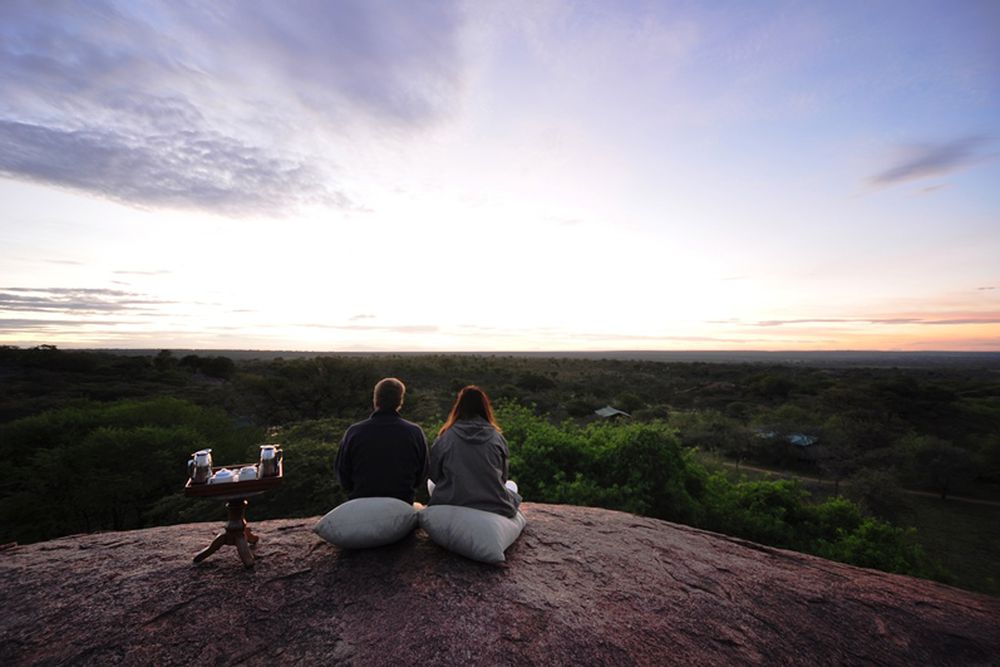 Tanzania - A country of endless expanses and untouched nature. We will take you on the exciting journey through the fantastically beautiful country. Come with us close to the Big Five and experience what wilderness means. The highlight of any round trip: The migration. Marvel at the huge herds making their way to the next lush grassy patch. On safaris, we will bring you very close to the wild animals. What would the country be without its species-rich wildlife? Even though some of the animals are rarely seen, most of the time it is worth waiting for the right moment. A frequently seen resident who is rarely found alone. Huge flocks move through the landscapes and offer the optimal photo motif for your memory album. Thanks to the varied landscape, Tanzania will not be boring. This lodge at Sanctuary Swala Camp is all yours - the perfect retreat. 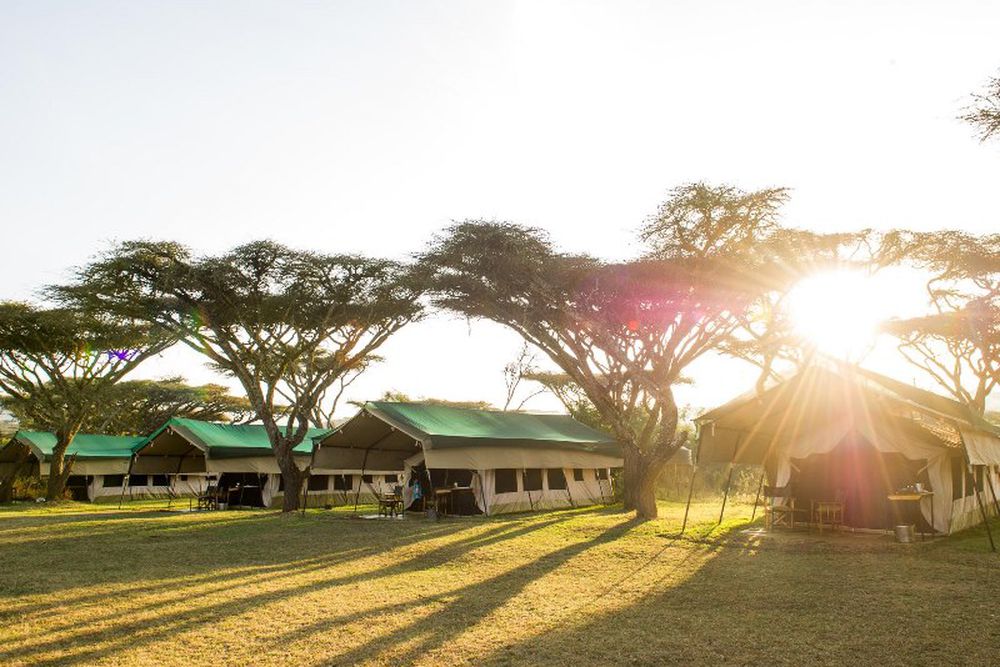 The Serengeti Migration Camp follows the migration at every turn with its mobile tents. The lobby of the Kusini also invites to social evenings. From high above, you can see the extraordinary location in the middle of Tanzania's wilderness.

This trip is customizable to fit your needs
Make An Enquiry

When you think of Tanzania, you probably think of wild animals, endless landscapes, and exotic flora and fauna. If you want to experience this adventure, pack your suitcase, charge your camera, and head into the wilderness of Africa! Come along on a tracking and discovery tour to observe the wild inhabitants of this land, from one national park to the other.

Welcome to Tanzania! At Kilimanjaro International Airport, you will be picked up by your guide and driver and driven to Arusha, where you will spend your first night in Tanzania. During the one-hour drive, enjoy your first impressions of this country, which you will get to know better over the next few days.

Located outside the center of Arusha, yet well connected by highway, your lodge offers excellent conditions to get to know the area.

After a restful night, your driver or guide will pick you up after breakfast and take you to the Tarangire National Park. The park is a two-hour drive from Arusha. It is known for its large herds of elephants and picturesque landscapes. Don’t forget your camera — the landscape features scattered baobab trees that are popular among photography enthusiasts.

The sun blazes down on the dusty red earth every day, sucking the moisture out of it. Herds of up to 300 elephants gather at the dry riverbeds and dig for water veins while wildebeest, zebra, buffalo, gazelle, hartebeest, and elephant antelope nibble at the dried bushes and brown grass. During the rainy season, much of the wildlife migrates far beyond the national park’s boundaries.

After a picnic lunch, you will meet the first native tribe and the most well-known in the country: the Maasai. The indigenous people live as semi-nomads and are the only tribe allowed to cross the border between Tanzania and Kenya freely. You will visit a boma, the houses made of clay, cow dung, and grass, and learn how people live in them.

Day 3: Tarangire National Park - On Safari with the Big Five

As the sun gradually rises over the ancient baobab trees and illuminates the Tarangire landscape, lions, cheetahs, and large elephant herds make their way to their favorite watering holes — marvel at this unique morning spectacle that you’ll never forget. 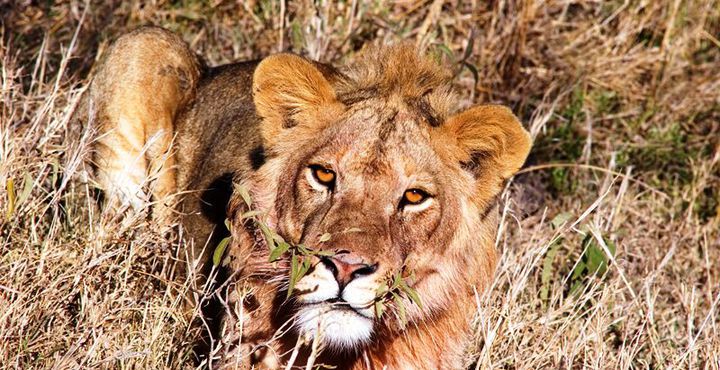 On the way, you have a picnic lunch in the great outdoors.

In the afternoon, the safari continues in the Tarangire National Park. Marvel at the diverse landscape and vegetation and observe the numerous extraordinary animals in the wild. Sometimes you may have to look a little closer, as many animals are well camouflaged and move silently.

After the experiences of yesterday, today you can start the day as you wish and savor a leisurely breakfast with breathtaking views. Afterward, you will be picked up by your driver and guide and driven to the next national park. After about a three-hour-long drive, you will arrive at the Lake Manyara National Park, which encompasses the 50-kilometer-long Lake Manyara. Encounter this scenic gem that offers everything you can experience on safari in a small part of Tanzania.

After a picnic lunch in the park, set out to track wildlife. Hundreds of baboons frolic in the trees of the forests, diadem sea cats nimbly gymnastic through the old mahogany trees, and dainty bushbucks cautiously roam through the trees and bushes. With a bit of patience, you will discover the big and small inhabitants and get to capture these unforgettable moments forever. Large flocks of pelicans and flamingos gather on the shores of Lake Natron, and buffalo also like to come here to cool off from the heat.

You will continue the drive to your next accommodation, the Lake Eyasi Safari Lodge, located on Lake Eyasi.

Day 5: Experience the oldest tribes in the country

This morning, you will visit the Bushmen of the Hadzebe and Datoga tribes, who will show you how they live in the Lake Eyasi region. In contrast to the Datoga, the Hadzebe are not farmers but hunters that survive on animals they captured. Learn about animal husbandry, local crafts, and their everyday life.

Afterward, head to your accommodation in Karatu.

Day 6: From Karatu to Serengeti National Park - Marvel at the Migration

Visit today’s destination, the Serengeti National Park, in the morning. Tanzania’s oldest park stretches from the country’s north to the south of Kenya and was christened “the endless land” by the Maasai. After a replenishing picnic lunch, it is time to explore the UNESCO Natural World Heritage Site on a safari.

The ecosystem is the most complex and least disturbed in all of Africa. Serengeti National Park is famous for the annual migration season when about six million hooves make their way across the one plains to fresh green pastures. But even if there is no migration, the Serengeti is a place where you can watch countless animal spectacles. Large herds of buffalo, smaller herds of elephants, giraffes, and thousands of antelopes group around the lush grass and waterholes.

Over the next two days, you will get to know the Serengeti National Park up close! During the game drives, you might even come across the Big Five. So don’t forget to charge your camera to capture these unforgettable moments! 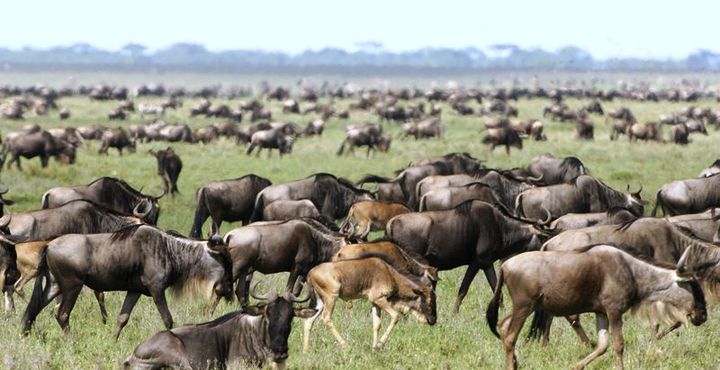 Day 9: Ngorongoro Crater - A tour of the breathtaking landscapes

You will leave the Serengeti in the morning and descend into the famous Ngorongoro Crater. Ngorongoro is one of Africa's seven natural wonders because it is home to the densest concentration of wildlife in all of Africa. Witness spectacular wildlife in Africa amidst breathtaking scenery. Home to over 30,000 animals, the crater is a magical attraction for safaris, which are available here at any time of day. Predators also call this area home, so it is not uncommon to encounter the Big Five. 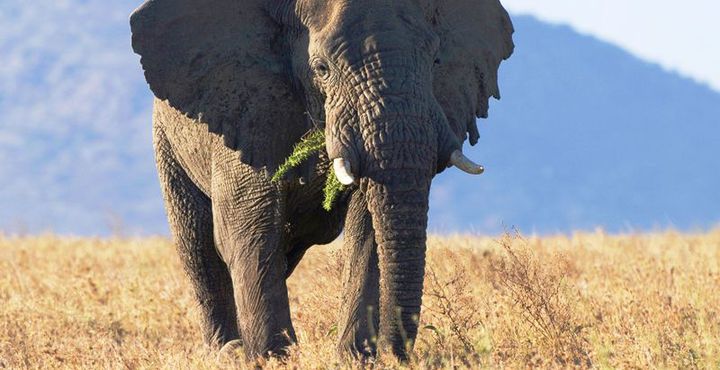 You will receive your lunch in the park before exploring this Garden of Eden at noon. Lions, hyenas, cheetahs, leopards, and elephants roam the barren landscapes for food and water. You will even encounter the rare black rhino with some luck and patience.

Before you know it, your day of departure has arrived. After breakfast, go on your last walk in Mto wa Mbu. The small town, originally a fishing settlement, now provides the population with the daily market. So this is another opportunity to get some souvenirs. After the picnic lunch, your driver will take you to the airport.

We hope you will remember this experience for a long time.

The Manta Resort - The underwater room 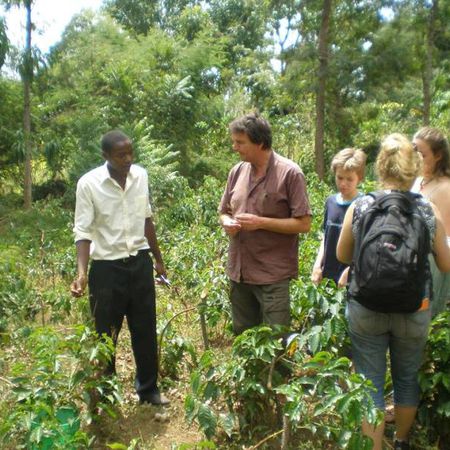 In search of the best coffee in the world, you will visit the coffee plantations of the small... 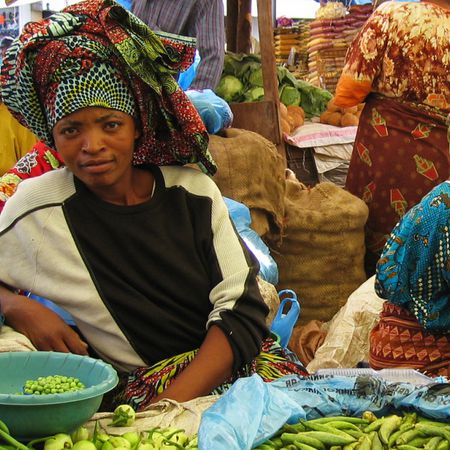 A trip to Arusha is an experience for all your senses. From the Serengeti to Zanzibar: dream beaches and safari

Fulfill your safari dreams in Africa! Tanzania is among connoisseurs the epitome of the pure...