Thank you for your interest in this trip. If you want to revisit this page, use the QR-code shown or use the following link: https://en.itravel.lu/select/8430-exclusive-helicopter-expedition-to-the-mystical-table-mountain 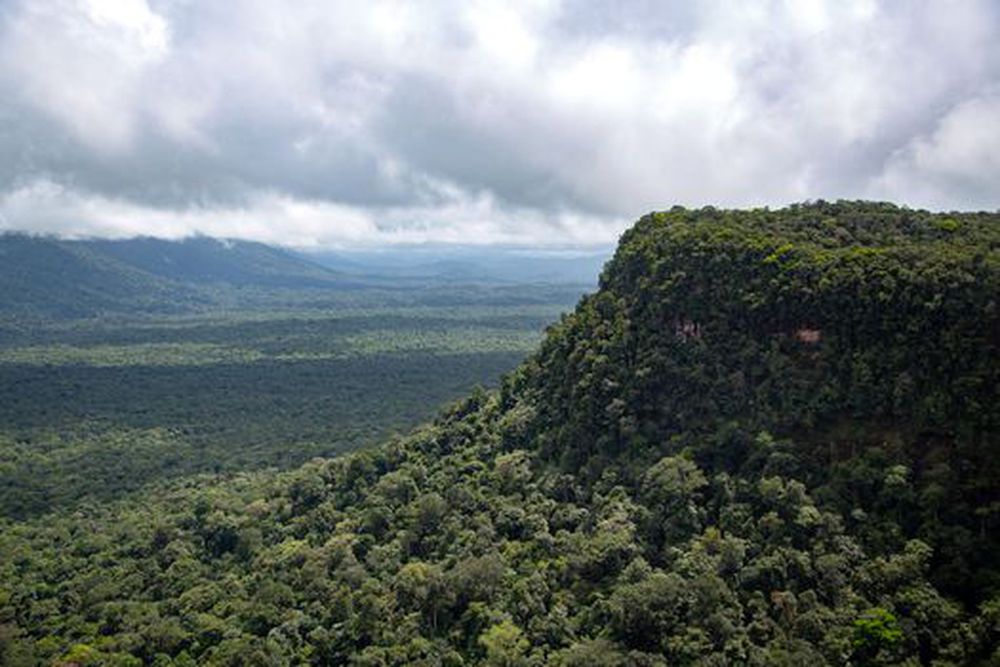 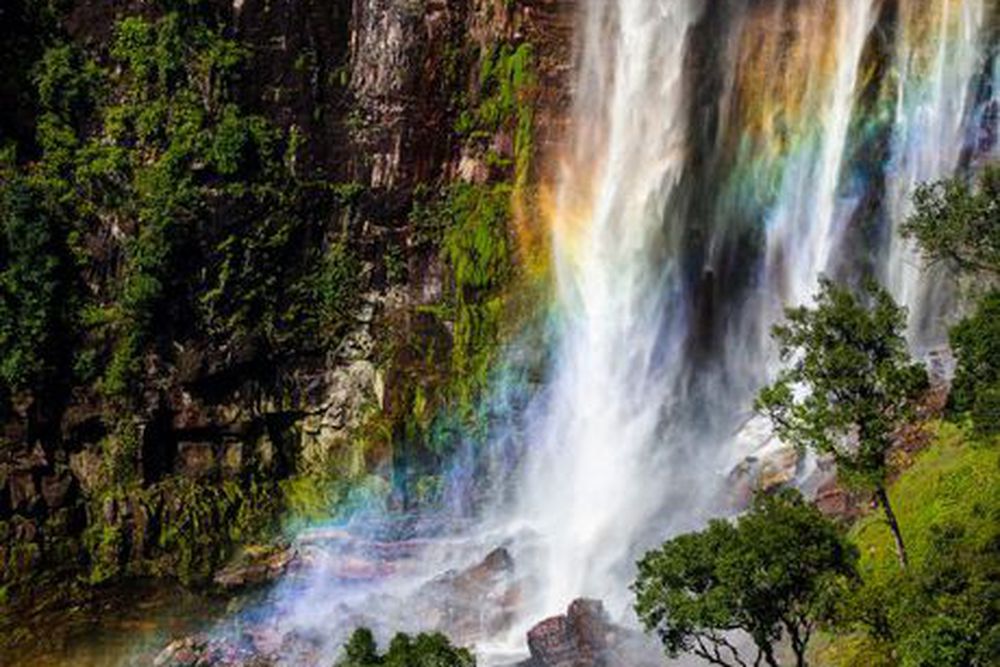 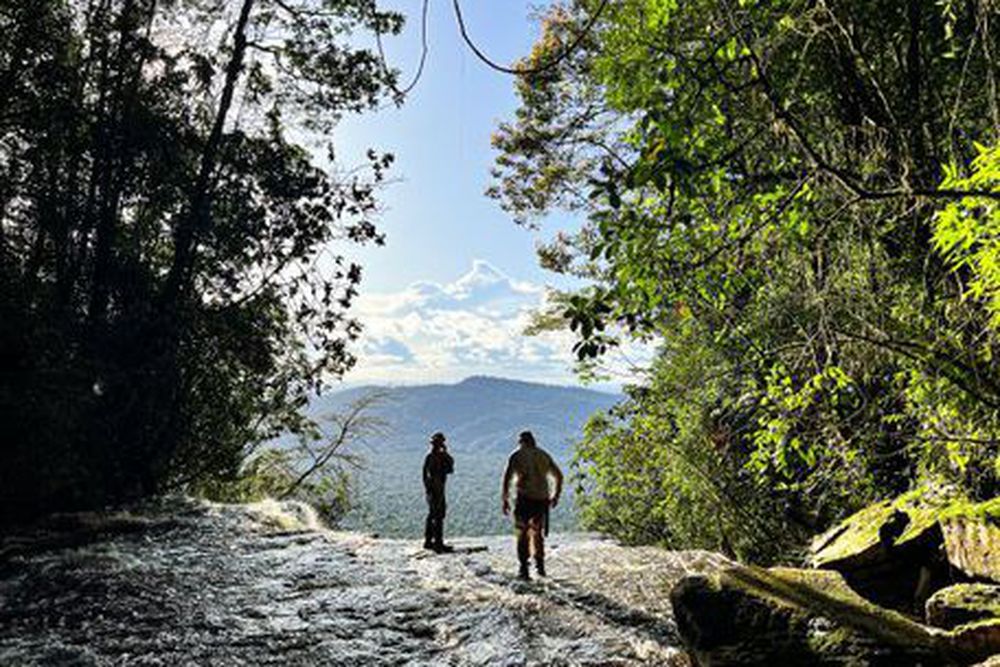 At the top of a waterfall on Table Mountain 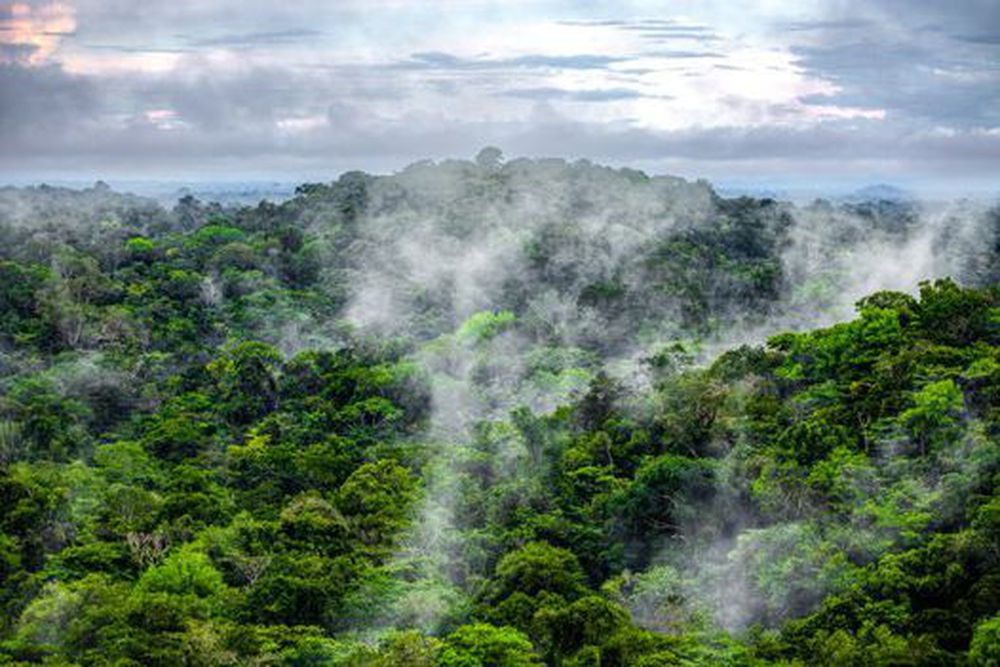 Feel the rainforest breathe around you 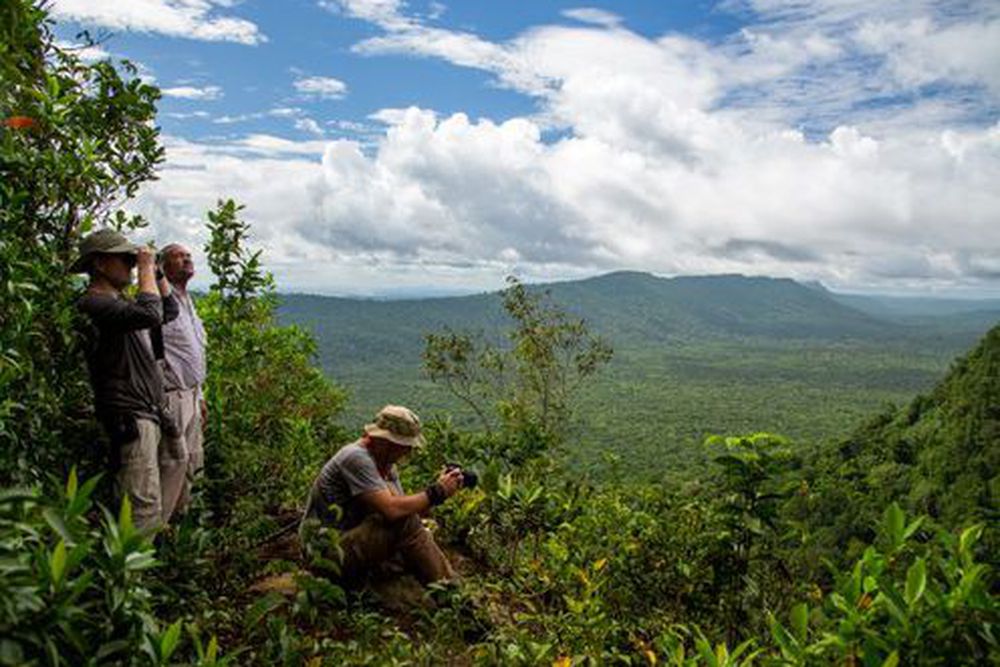 Enjoy a front-row seat to capture the shimmering waterfall 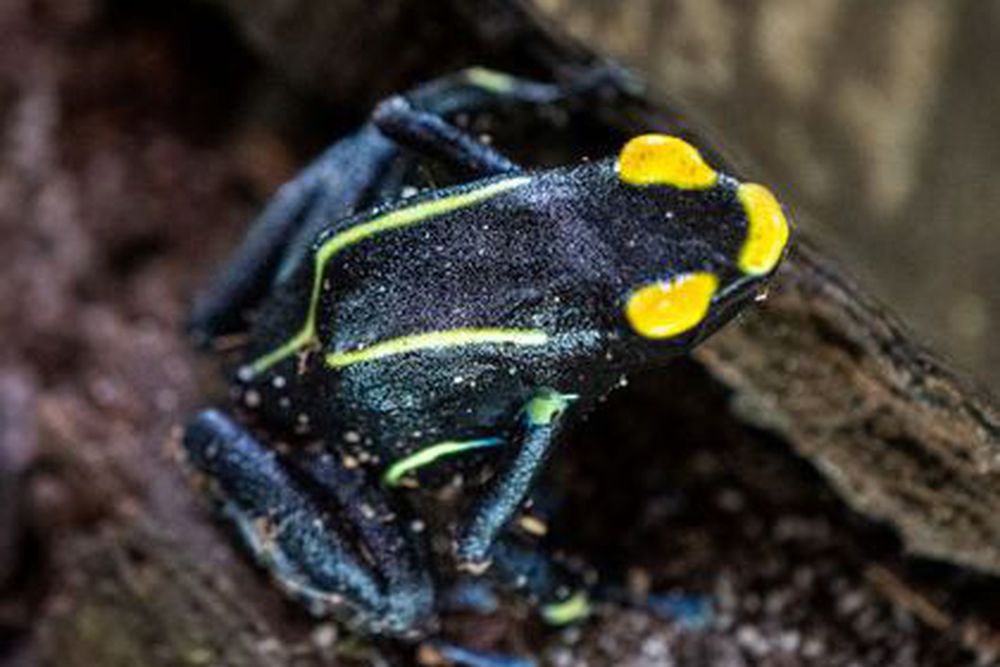 Watch the abundant wildlife on Suriname's only table mountain 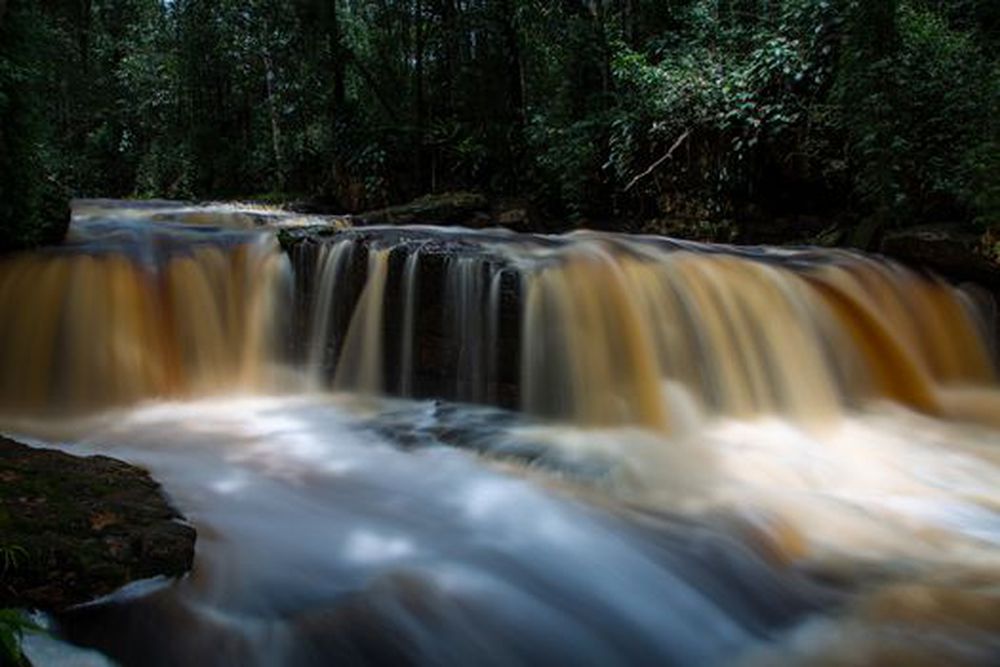 Mystical watercourses in the jungle on the Table Mountain Plateau 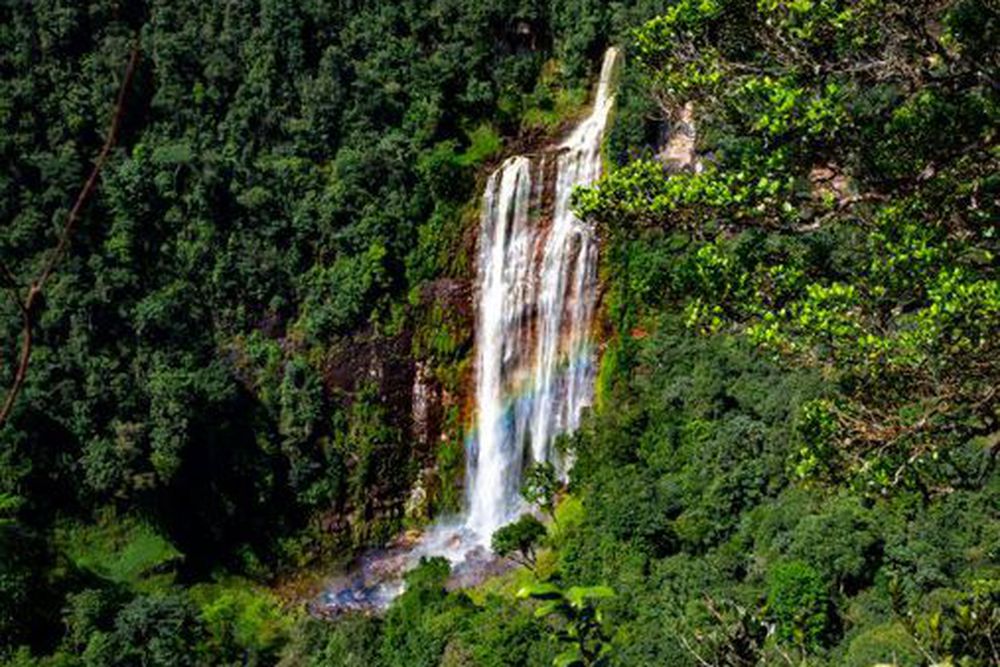 Explore a waterfall that shimmers in every color of the rainbow 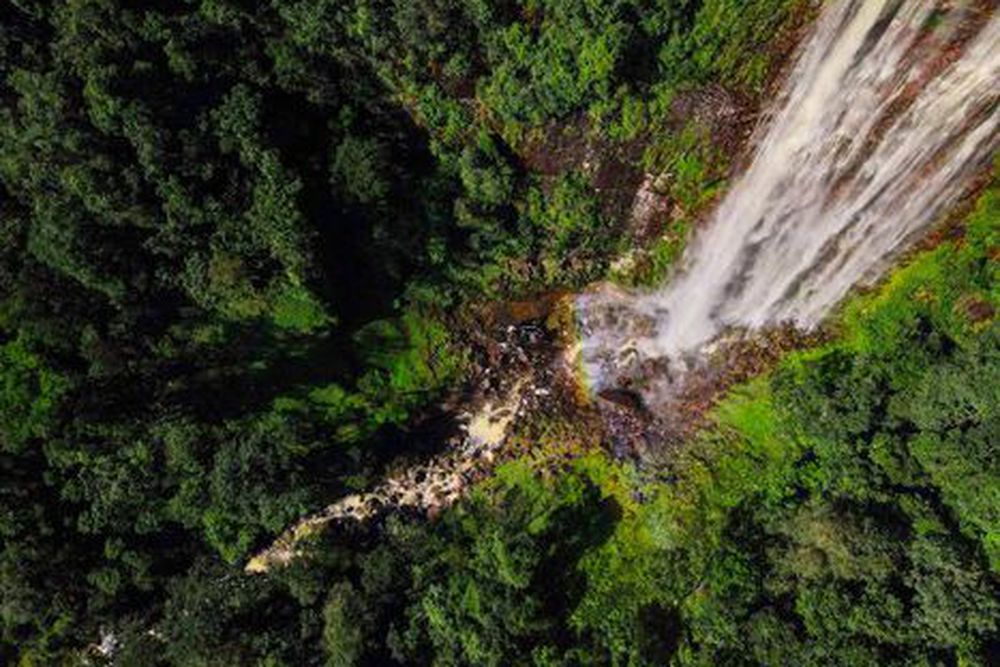 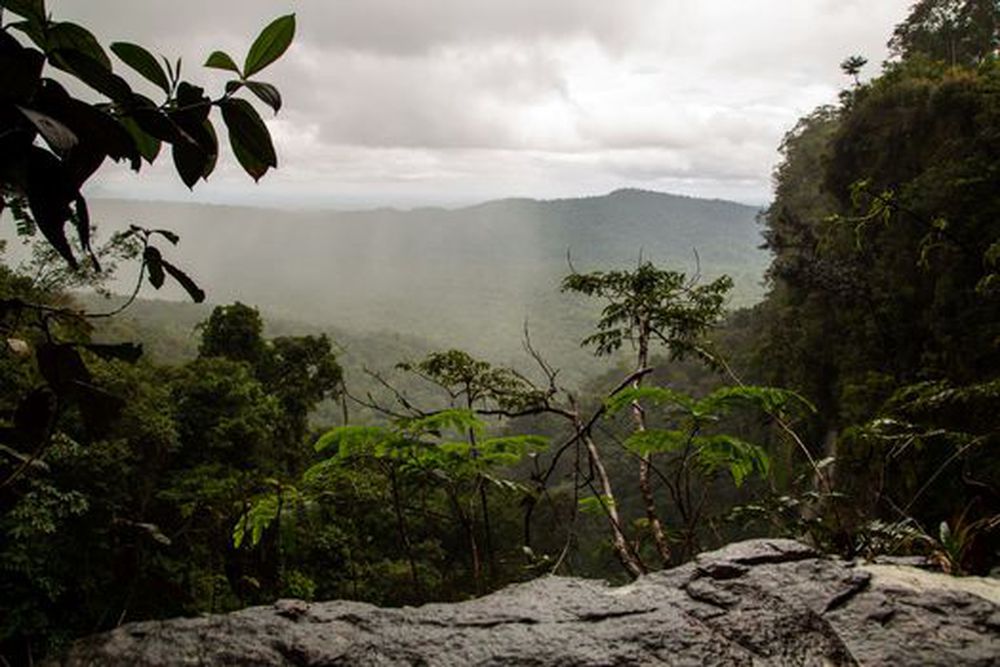 As access is granted to very few people each year, only four individuals will get the chance to join our exclusive helicopter expedition to Suriname’s only Table Mountain. Become one of them and enjoy breathtaking views as you fly over the pristine jungle in a helicopter.

Explore the alluring tepuis and find out why these ecosystems were referred to as "houses of God" by the Venezuelan indigenous people.

Learn survival techniques from your expedition guide, look down cliffs more than 1000 meters deep and go on a hike through wild landscapes to a rainbow waterfall.

Day 1: Helicopter expedition to one of the natural wonders of our earth

Today you are going to get picked up from Voltzberg in the morning and join our exclusive helicopter expedition to probably one of the few remaining natural wonders of our earth. After an approximately 50-minute-long helicopter flight, which offers you breathtaking views of the pristine jungle, you will land at an altitude of more than 1,000 meters atop Suriname’s Table Mountain. Suriname's only Table Mountain is located in the remote, breathtaking Central Suriname Reserve, far away from any civilization and infrastructure and will be your home for the next two nights.

Also known as tepuis, the mystical table mountains are located on the Guyana Shield and mainly found in the south and southeast of Venezuela. Although the age of the tepuis can only be speculated, scientists estimate that they are at least 1.5 billion years old. They have long been considered the last unexplored areas on our planet. Even Steven Spielberg was enthralled by the beauty of these natural towers that he wanted to make one of the mesas the setting for one of his films. However, this failed due to the protest of Venezuelan indigenous groups. In the end, he shot his film, now known to the world as Lost World: Jurassic Park, in a Hollywood studio.

Unique ecosystems have formed on the mesas, ranging from little islands of vegetation, some with dense jungle, to high marshes. The abundant plant life that has formed here is striking, brimming with carnivorous plants that have evolved to draw nutrients from insects due to the nutrient-poor soil.

After a fortifying lunch, you can let your eyes wander over untouched wilderness from the more than 1,000-meter-high cliffs, the whole world at your feet - a sight you won't forget anytime soon. Afterwards, you will begin a hike through the dense jungle that has formed over time on the top of the mesa to discover this completely untouched nature. Through your expedition guide, you will learn more about this unique ecosystem and its peculiarities, as well as how it differentiates from the other ecosystems of Suriname. Be on the lookout for rare species of insects and frogs that call the mesa home. Finally, after a delicious dinner at the top of Table Mountain, you'll have the opportunity to enjoy the tranquility of your surroundings before slipping into your hammock:

Day 2: Discover a waterfall in the colors of the rainbow

If weather conditions allow it, today we recommend getting up early to watch the sunrise. With only with your small expedition group for company on a more than 1000-meter-high plateau, you will experience a moment that only very few people have access to.

After breakfast, another special experience awaits you: the hike to a rainbow waterfall. The special thing about this waterfall located in the middle of the Central Suriname Reserve is that it scintillates in every color of the rainbow. Enjoy your lunch at the foot of this impressive natural wonder. After climbing a little further up the jungle, you will have an impressive view from the top of the mountain. From the waterfall down to the evergreen rainforest of the Central Suriname Reserve, you will have a breathtaking panoramic view. In the late afternoon, you are going to return to your camp and spend another night in this slice of paradise.

Day 3: Farewell to Table Mountain and return flight to Paramaribo

Enjoy one last sunrise atop Table Mountain and enjoy a fortifying meal before getting picked up by your helicopter to fly back to Paramaribo. During the approximately 90-minute-long flight over picturesque landscapes, you will once again have the opportunity to enjoy extraordinary views that you will surely remember forever. Upon arrival at the local airport, you will be transferred to your hotel near the city center, where you will continue your Paramaribo program until tomorrow (as per the Suriname group tour itinerary).

itravel - For that moment.

Sleep in hammocks on the top of Table Mountain in a simple trekking camp. 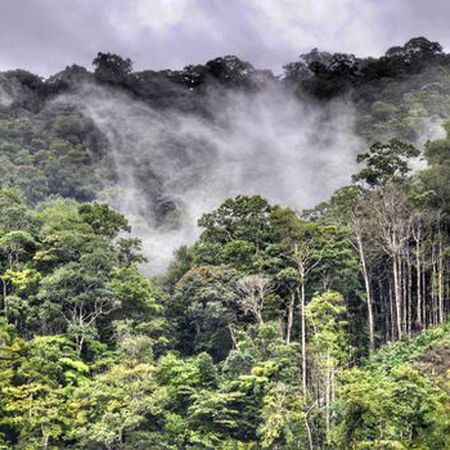 Suriname group tour: Follow in the footsteps of the rainforest's indigenous tribe

Join our exclusive expedition to Suriname, the greenest country on earth. 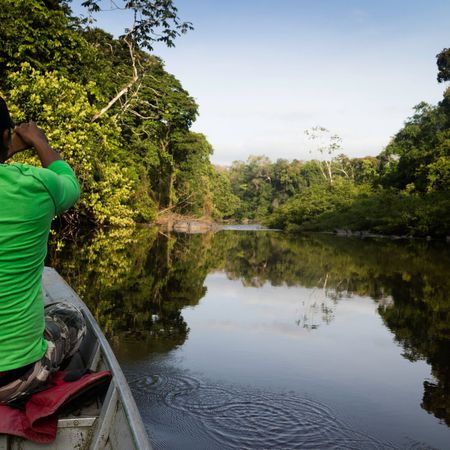 Guyana - the almost forgotten paradise in South America, where you can still feel like an... 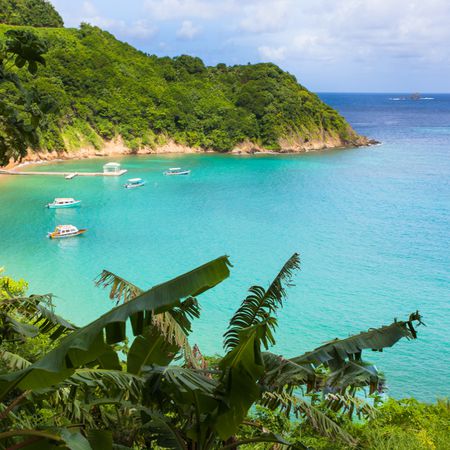 Surround yourself with lush tropical gardens, views of the crystal Batteaux Bay, and landscapes... 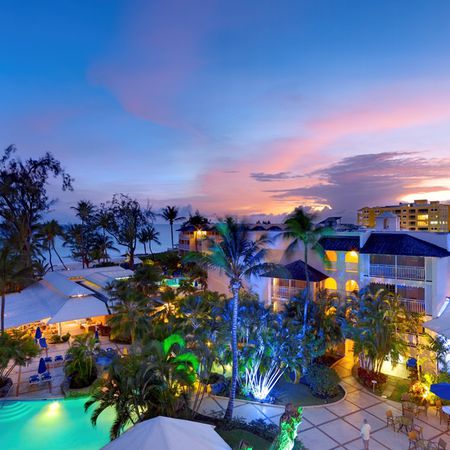 Located directly on the 500-meter-long Dover Beach, this family-friendly and all-inclusive hotel...